As we discussed in an earlier post, an Iowa law enforcement officer must have a reasonable suspicion of illegal conduct in order to perform an OWI traffic stop. If a court later determines the officer did not have sufficient grounds to pull the driver over, the stop will be deemed an illegal stop and any charges resulting from the stop could be dismissed.

Law enforcement authorities have given some thought to the question of what constitutes a reasonable basis for a suspicion for driving while intoxicated. A publication of the National Highway Traffic Safety Administration provides a number of examples of driving behaviors that will justify an officer pulling a driver over on suspicion of OWI.

Weaving - moving back and forth laterally within the roadway - is probably the classic indicator of driving under the influence. Weaving occurs when a driver repeatedly drifts to one side of the road, then over-corrects and drifts to the other side. Similar behaviors include drifting to the edge of the roadway and then swerving suddenly to get back on the road or straddling the centerline.

Other indicators include almost hitting another vehicle or object, suddenly braking or changing speed for no apparent reason or stopping too far back or forward at a red light or stop sign. Making excessively wide turns, driving without lights at night and failing to signal turns are other indicators of possible drunk driving. 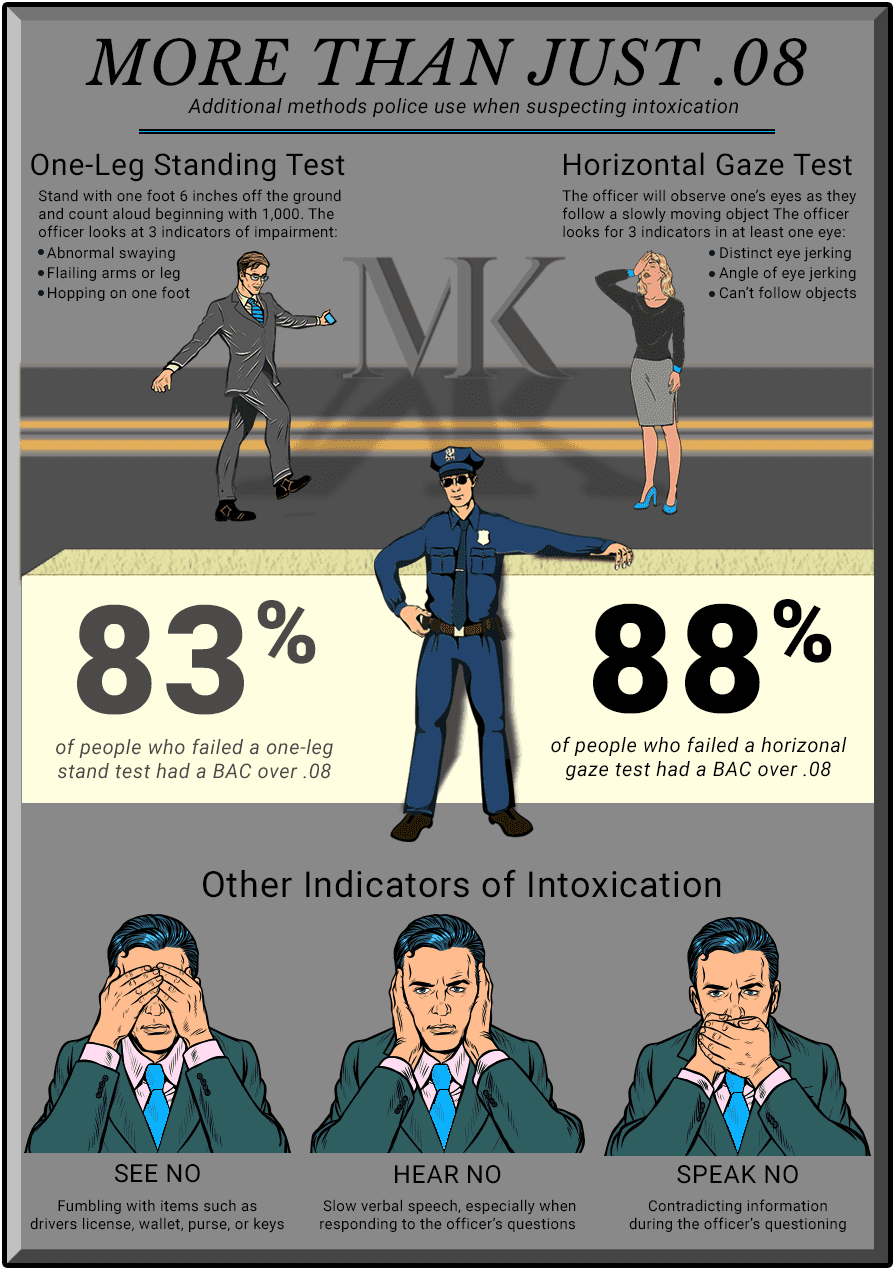 When the arresting officer can point to none of these recognized indicators as a basis for stopping a driver, it raises the question whether the reasonable suspicion standard was met. A driver facing OWI charges can consult with a knowledgeable defense lawyer about this and other potential defenses. This could help the driver with his or her defense, assisting with reducing or dismissing the charges against them.